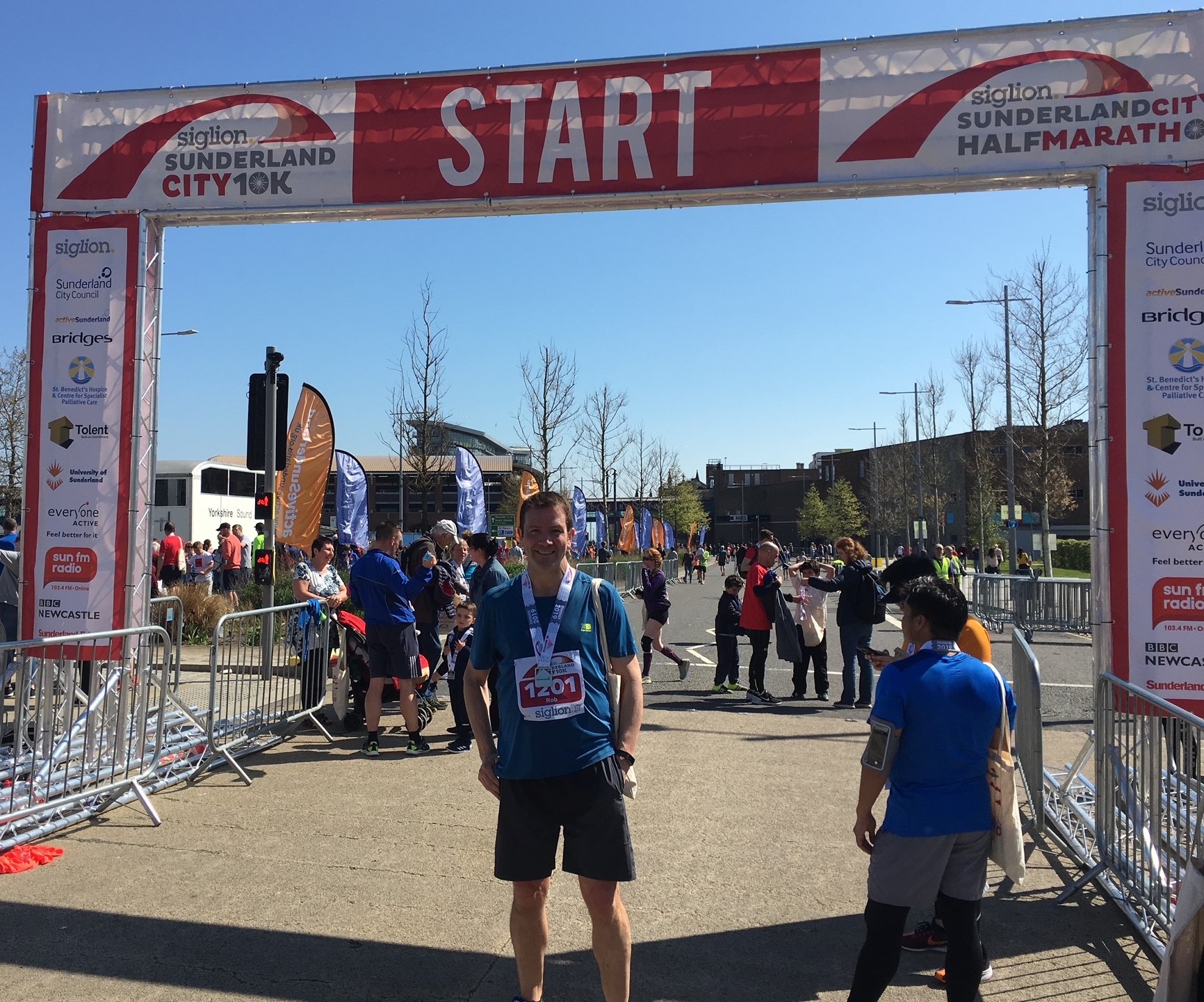 With the focus on men’s health during Movember, we wanted to discuss a common issue that’s personal to us in the IGNIFI team: men’s heart health. In this blog, IGNIFI Financial Director Rob Phillips recounts his personal experience with cardiovascular disease and the lifestyle changes that he has made since.

Cardiovascular disease (CVD) is an umbrella term for conditions affecting either the heart or blood vessels1 and is the number one cause of death in both men and women globally.2

Despite this, on average, men develop heart disease around 10-years earlier than women3 and have a higher risk of CVD at all ages.3 Men are also more likely to engage in the behaviours associated with a higher risk of CVD such as smoking and excessive alcohol consumption.4

Perhaps most worrying aspect of CVD is how suddenly it can occur, with many not knowing there is anything wrong until they experience a serious event such as a heart attack or stroke.2

This phenomenon is all too familiar for IGNIFI’s Financial Director Rob Phillips who, in 2018 with no prior indications, experienced a sudden onset of difficulty of breathing and a racing heart:

‘At work one day, I was unexpectedly caught out of breath and couldn’t make sense of it. I assumed that I’d just come down with a summer cold and continued about my day, even going to play football after work. When I got back home that evening, my symptoms were much worse. I was really struggling to catch my breath and my heart began to race.

Naturally I was concerned by this and visited my GP as soon as possible the next day. She was pretty much able to diagnose it on the spot but referred me to the ambulatory department at my local hospital. Once there, I was informed I had a couple of blood clots on my lungs which had been causing the breathing issues, and that I had atrial fibrillation which was causing my heart to beat out of rhythm. I was immediately prescribed blood thinners and other medication to keep my heart rate under control.

This was all a bit of a shock. I had no previous symptoms and overall thought that I was quite healthy for my age. I didn’t pay particular attention to my diet and was pretty much doing everything I wanted to in life, which included eating and drinking, but I would have described myself as reasonably fit. I played football a few times a week and did a bit of running too.

Eventually I was able to see a consultant who was able to put my mind at rest. He reassured me that what I had was very treatable and wasn’t necessarily a life-threatening thing, we just needed to stabilise it. To do this I was given a cardioversion, which was basically like an electric shock to the heart that got it back to its normal rhythm, along with another form of medication.’

What can be done to reduce CVD risk? 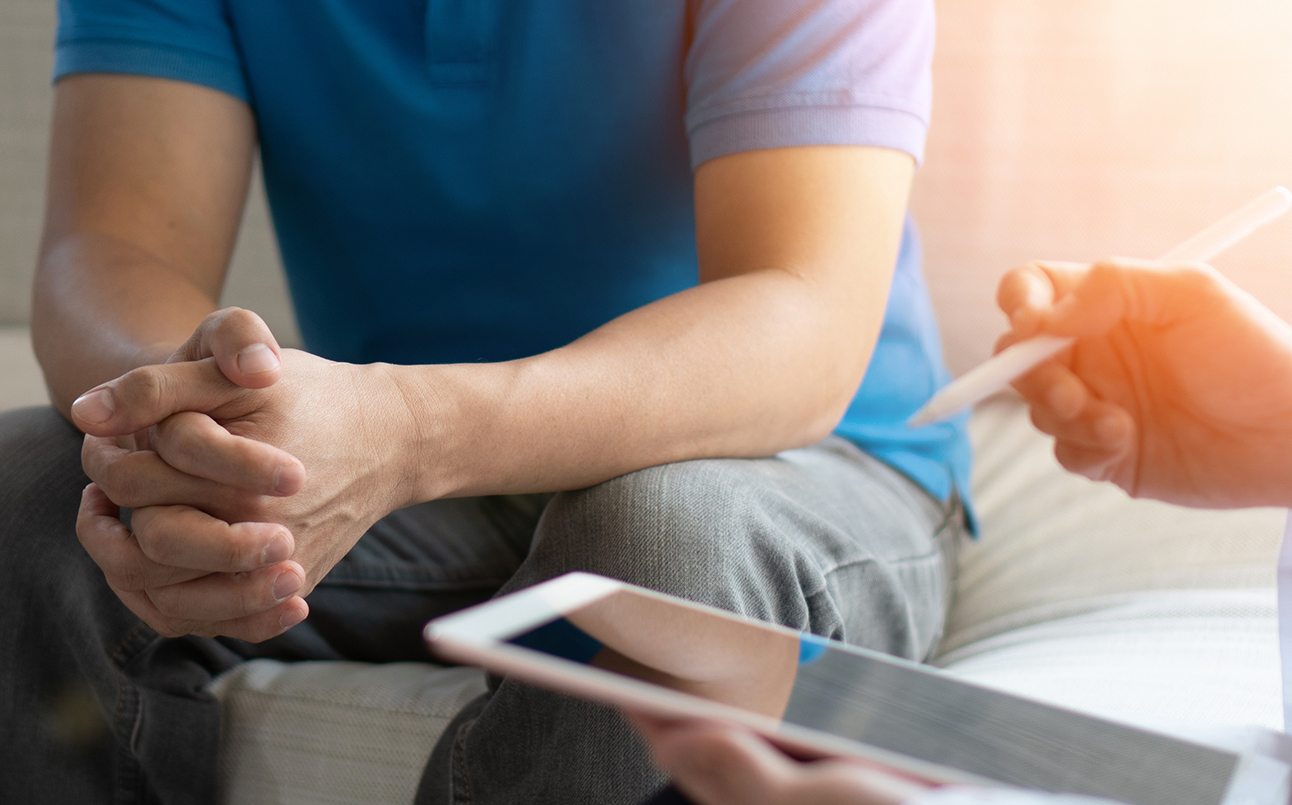 Despite its prevalence, CVD can largely be prevented through living a healthy lifestyle, including factors such as a healthy diet, undertaking regular exercise, cessation of smoking and reduction of alcohol consumption.1 These same lifestyle changes are also recommended to those already suffering from a form of CVD in order to manage their condition.5

In Rob’s case, he made exercise a big part of managing his condition and overall health:

‘So this whole experience did sort of arrest – no pun intended – my approach to life, and I ended up making some adjustments. I started off by changing my exercise regime a bit. At first, I didn’t dare go for a run, but I got into walking in a big way. I also modified my diet by giving up alcohol for a few months along with cutting out carbs, which lead to quite a dramatic weight loss of about a stone and a half in around six weeks.

Over time I was able to build up the exercise and incorporate running again – I actually became fairly addicted, going out for a run 5–6 times a week. When it came to the lockdowns in 2020, running became even more important for me, particularly in terms of my mental health. When everything shut down, running became a part of my day that I really looked forward to.

In terms of my condition and health now, I have managed to keep my heart rate where it needs to be and I am at the point where I have been told that I could come off my medication if I wanted to, but apparently it could have some regenerative properties, so I’m staying on it for now.

The big takeaway for me from this whole experience was the exercise. Yes, I lost a bit of weight but beyond that running was amazing for my mental health and it really got me through the lockdowns last year. But you do have to be careful because exercise really can be addictive.

What I did want to say is that I hope my story has made the point that just because you might have a heart or other health condition that might be scary right now, doesn’t mean it will necessarily be an issue for you in five years’ time. Another tip, there is a lot of misinformation on the internet about heart disease which if you took at face value (I did) makes you feel that there is little hope. My advice? Don’t read it, listen to your doctor. ’

For more information and resources on CVD risk and prevention, visit the NHS or British Heart Foundation websites.

Or visit our blog for more content on men’s health, digital healthcare, marketing best practice and much more.